Second try… In honor of the NBA season starting, here is the beatpath graph of the 2008-2009 season, including the LA Laker’s championship run. And, taking advantage of my earlier error, after the jump you can see how the season-end rankings changed compared to the previous season’s season-end rankings.

Anyone know of a good source of in-season parseable score data? I wouldn’t mind continuing throughout the season, but the source I use – Massey Ratings – seems to only have end-of-season data. 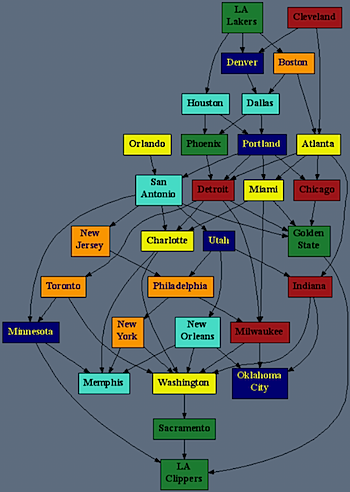