Tom here with the analysis of the Week 16 rankings. Two big movers this past week: the NY Jets and Oakland. Despite beating Indianapolis, the NY Jets’s victory is looped away, while at the same time the support drops out from underneath them. Oakland does what they do best—lose to bad teams after beating good teams. 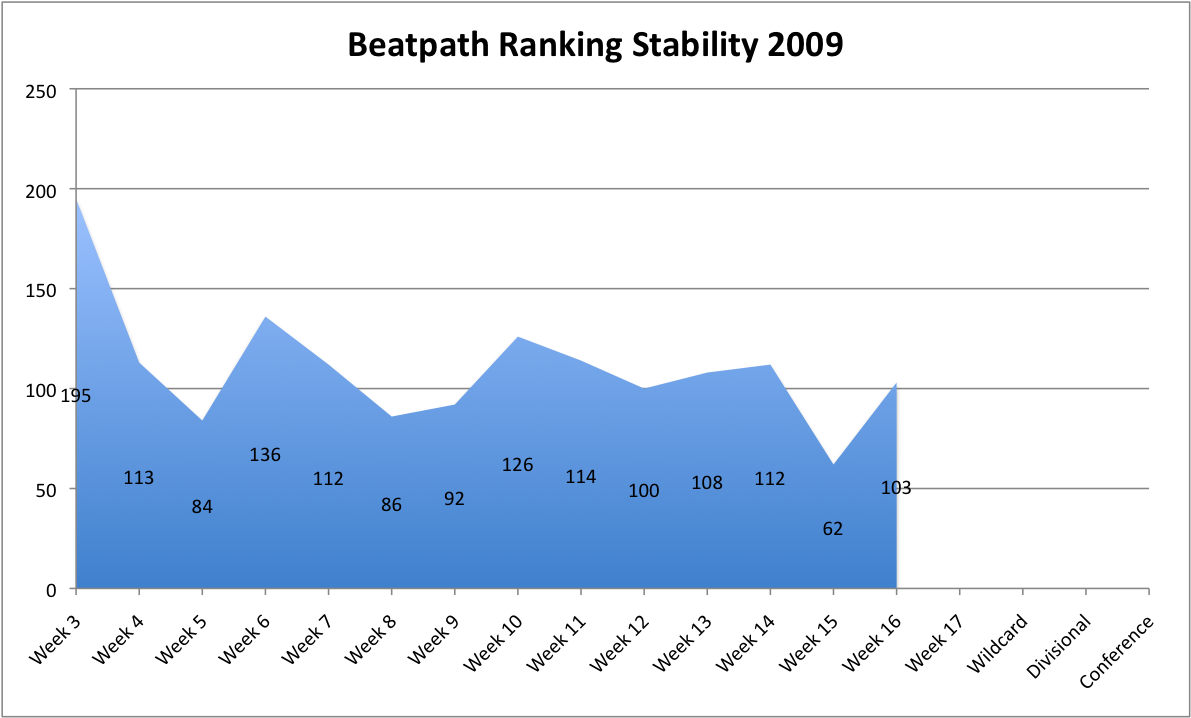 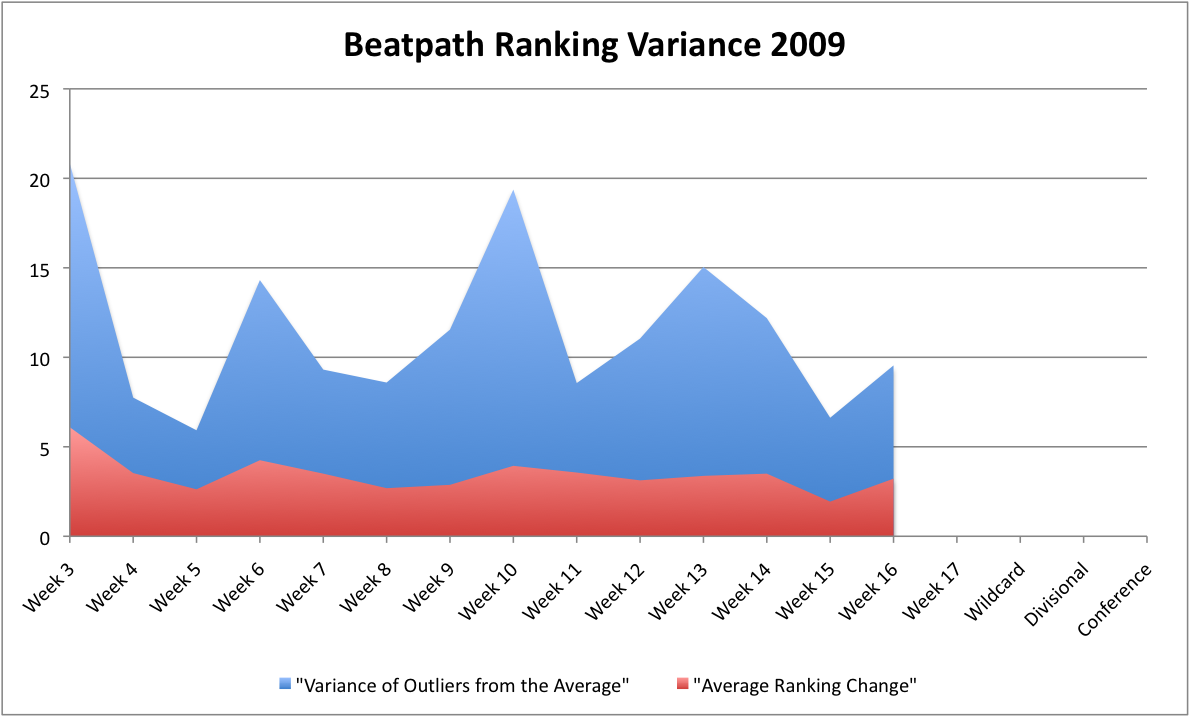 After a one-week lull, the number of ranking changes are back up to normal. Given that, the variance is fairly low compared to past weeks, especially Weeks 12 & 13.

The resultant playoff scenario that emerges from these picks is as follows:

If you’ve done any reading about the AFC playoff scenarios, you know that I’ve only just barely scratched the surface here. The dependencies are far more complex that I can do justice to.

In any case, I’ll be here filling in the results as they roll in.